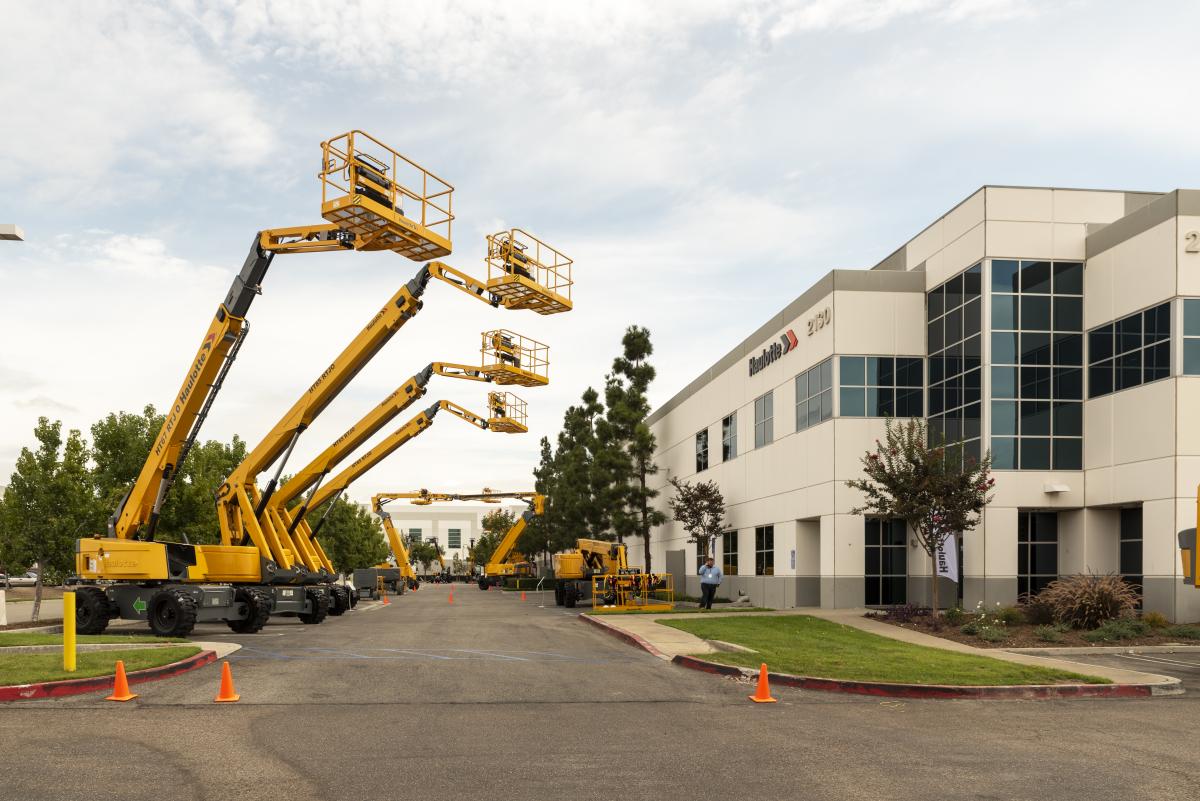 During the week of September 23rd, Haulotte North America officially opened the doors to its California branch based in Long Beach

The branch hosted both an internal ribbon-cutting ceremony and an inauguration event in conjunction with its 2019 Open Days for customers. «We are excited to finally announce the opening of our Long Beach branch here in California, says Carlos Hernandez, Zone Manager for Americas. The opening has been part of our strategic plan for several years, in order to better serve customers, especially those on the west coast». Alexandre Saubot, CEO of Haulotte Group, cut the ribbon that officially inaugurated the California branch and offered a toast to the attending employees. The new branch will serve as a machine distribution center.

The event kicked off with a reception dinner at the Renaissance hotel in downtown Long beach. The following morning, customers attended a brief presentation highlighting the current North American market and upcoming ANSI changes. Customers then rotated through several stations of Haulotte Service workshops including an overview of the DIAG tool, the North American training offer, and E-Services. Haulotte Financial Services also hosted a workshop for customers to learn more about its program and various offerings. Customers were then welcomed at the Long Beach branch where they were able to tour the new facility and rotate through various equipment demonstration areas. The event concluded with a special trip to see the Los Angeles Angels baseball team play against the Houston Astros in downtown Anaheim.

U.S. General Manager, Shawn Boone, says «The event was a success; we were happy to share this moment with some of our top customers. The opening of this branch further signifies Haulotte’s commitment to the North American market and our pursuit of customer satisfaction. We hope the new branch will better facilitate customers in the West Coast and support our existing North American headquarters in Virginia Beach, VA.» The new branch will expand current inventory and machines will be ready to ship out immediately. Boone continues, «One of the main goals of opening the branch in Long Beach is to cut down on transit time. We will be importing machines directly to the Port of Long Beach from our manufacturing facilities overseas in addition to our plant in Archbold, Ohio». 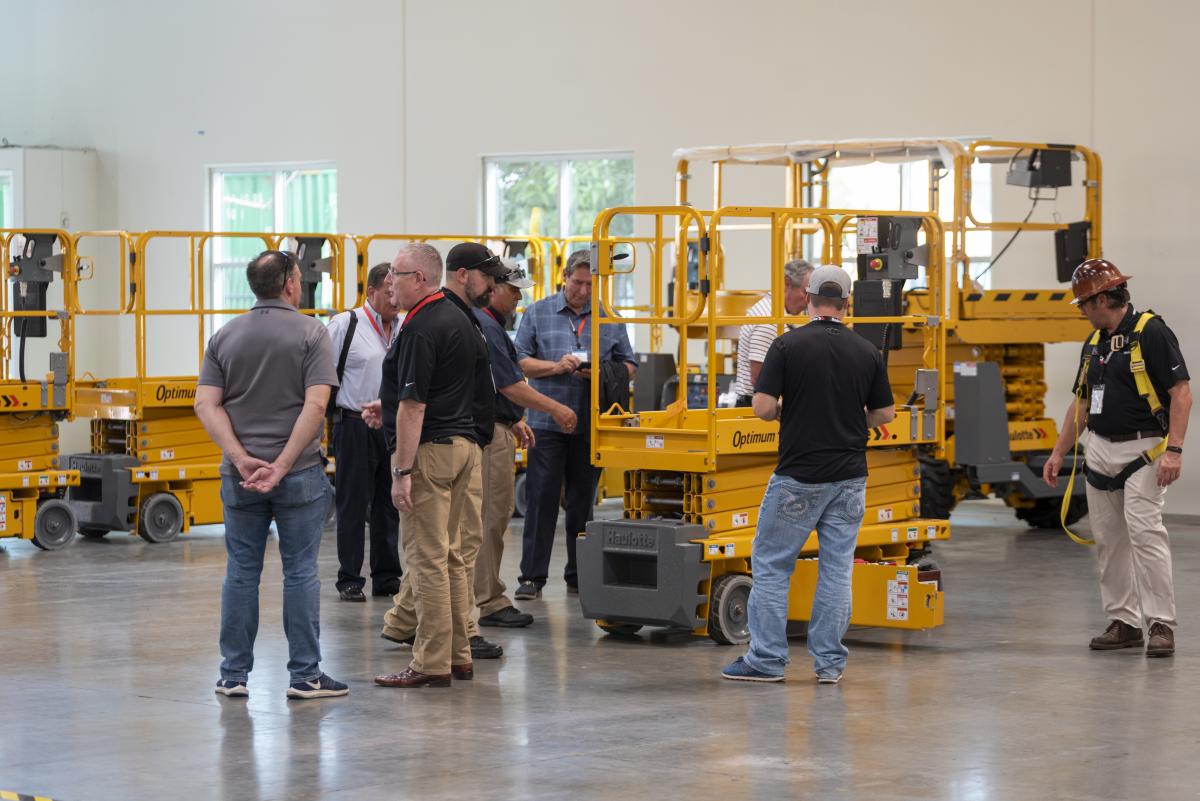 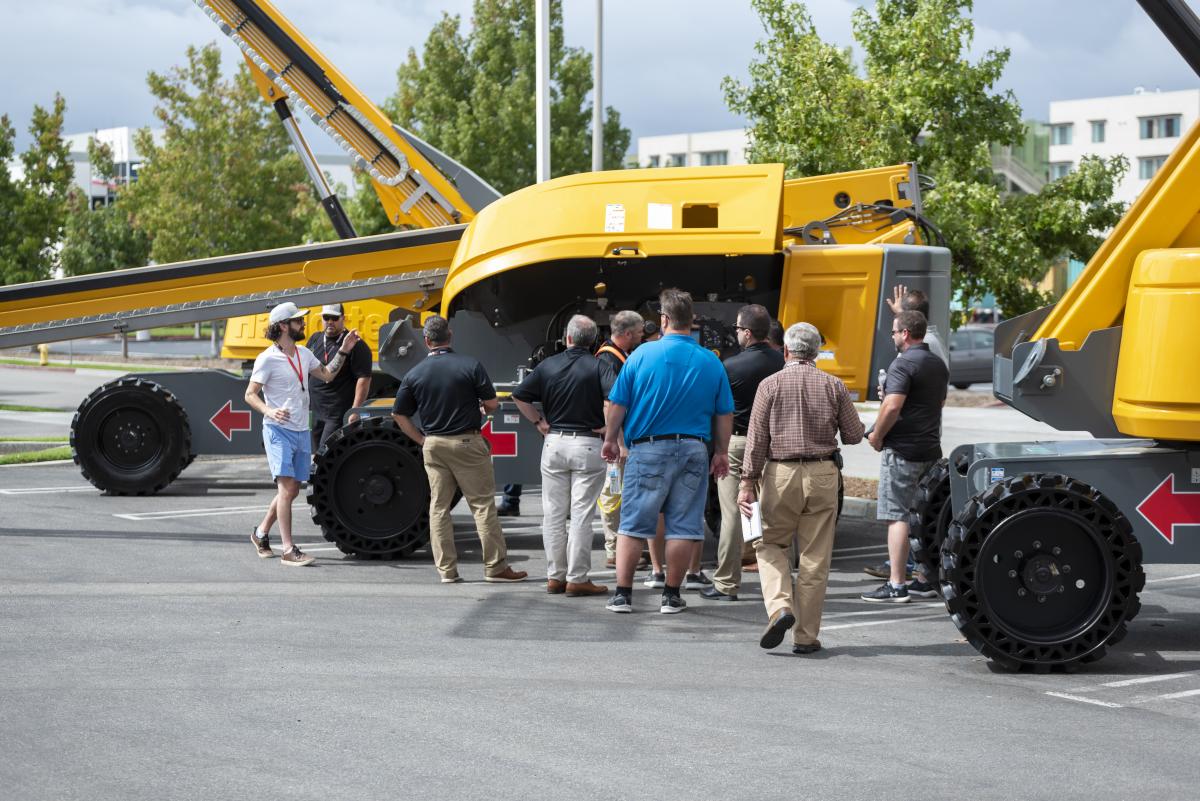 >> Get more pictures of the event